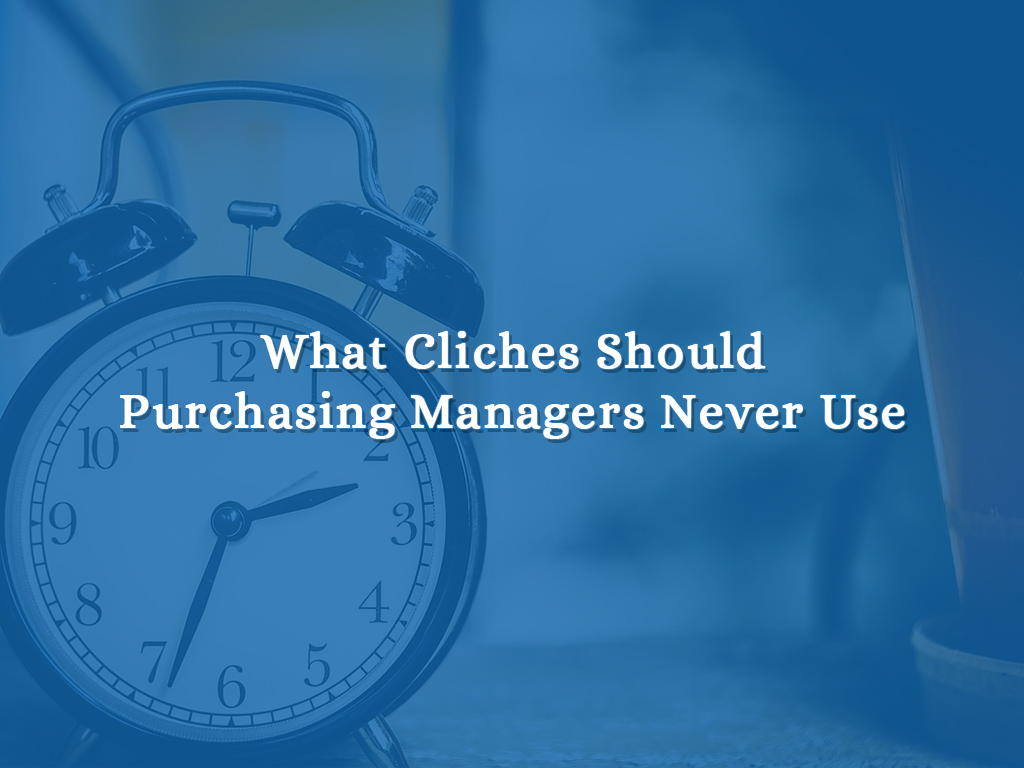 Cliches Purchasing Managers should Never Use You will come across lots of business cliches in the business world. Many times they are used as an excuse for something you should be doing. It’s time to get rid of the crutches. Here’s a list of some of the most common clichés which purchasing managers should never use: We’ve all said them. That is how they become clichés. That is also why you should stop using them. As a professional you have the opportunity to set yourself apart from the competition. Rather than making use of these out dated clichés, just get straight to the point or use witty alternatives. You should also follow up with solid examples when necessary. Doing this is a subtle way to elevate your status and professionalism.
professional purchasing manager purchasing professional
0
Share on Facebook Share on twitter