Detroit Newspapers was established in 1991 in Detroit, Michigan as the business agent for The Detroit News, a Gannet-owned company with worldwide operations, and the Detroit Free Press, owned by Knight Ridder, the second-largest newspaper publisher in the United States.  Detroit Newspapers conducts the business operations (advertising, circulation, finance, human resources and production) of the two newspapers.  The newspapers publish separate editions Monday through Friday and combine editions on Saturday and Sunday.  The two newspapers have a combined circulation of approximately one million subscriptions.   Richard Karstensen has been the Purchasing Administrator for Detroit Newspapers for the last twelve years.  The Purchasing department, which is headed up by Purchasing Director, Nicholas Fonseca, consists of 15 employees.  The Department has responsibility for the shipping and receiving docks, the stock room, which supplies both newspapers, internal/external mail delivery, postal inserting room, job press printing and internal business forms, such as fliers and business cards. The Purchasing department buys everything from copy paper to replacement cars.  They also process the paperwork for repairs.

How purchases are made

Large purchases are the responsibility of specialized buyers:  an MRO Specialist, a Computer and Computer Peripherals Specialist and a Promotional Materials Specialist for printing that is done outside of the company.  Procurement cards are used for small ticket, frequently purchased items, and small office items are directly ordered through Office Depot.  In total, Detroit Newspapers has about 1,000 vendors, with 200 of them active.   Any item in excess of $2,000 is let out for bid, and they generally solicit at least three bids on any particular item.  In a year’s time, approximately 5K purchase orders are produced.  Each department has its own budget, so Richard’s department is not directly involved in the total budget, but his department spend may reach $5MM/month, especially if events such as new construction take place.

The implementation of Bellwether Purchasing Software involved the Purchasing, Requisitions, Receiving, and Inventory modules.  Richard said, “We went live within eight weeks.  We began preparing for it in July by cleaning up and cleaning out files.  In August training began for all Requisitioners and Approvers.  In early September, we sent all our files to Bellwether for conversion, and the last two weeks of September were spent testing the system.  We had a couple of issues with start-up, but Bellwether’s technical staff  was very supportive and timely in solving the issues.  That meant a lot to us because a company just doesn’t buy software; it needs ongoing, knowledgeable, timely support for any problems that might arise for the lifetime of the product.   We have been pleased with Bellwether Purchasing Software and are in the process of upgrading our current version to the latest version. Also, as we grow, we will have more Bellwether Purchasing Software users.  Currently, we have about 200 employees that use the Bellwether system, so the latest version of Bellwether will allow us to process large amounts of data in a more efficient and timely manner.  For the future, we may look at integrating Bellwether with our accounting software, which Lawson provides.”

“We are pleased with all the Bellwether Purchasing Software modules, especially the Requisitions module.  Prior to Bellwether, we had only an internal requisition form, which was walked or emailed around for approval. After the internal form was approved, we had to re-key the information into a purchase order.  It was important to have in place an automated requisitions system that could create a purchase order without re-keying. Everything else had been automated in the old system except Requisitions, so this is where we noticed the biggest impact in time savings.   We were also very pleased with the Inventory module.  The system easily allowed us to convert all our data without experiencing any downtime in our inventory system.   Bellwether Purchasing Software has met our expectations and has helped us streamline our processes and gain better efficiencies.  The technical support has been great.  How a company reacts to its customers’ problems really makes a difference,” Richard concluded.
best practices customer higlight purchasing software testimonials
0
Share on Facebook Share on twitter 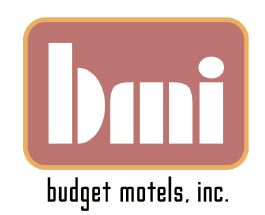